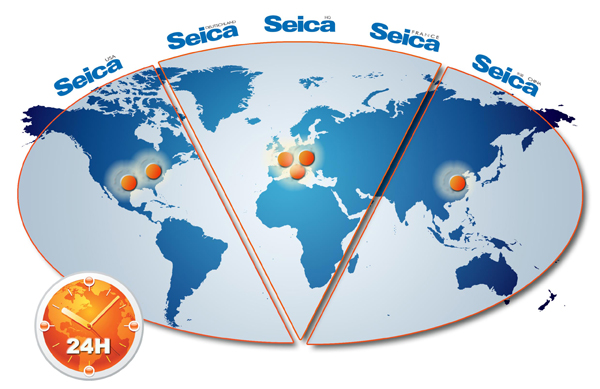 Seica S.p.A. was established in 1986 in Strambino, Italy, but today, it is part of a broader and more coordinated Group.

Four subsidiaries were opened in Europe, Asia and United States, with technical and commercial know-how and expertise, aiming to provide efficient and timely support to all Seica Customers:

Over the years, Seica has established relevant partnership agreements with other production environments, which brought these companies in the Seica group:

Proxima, Piacenza (italia), sole Seica marketing agent for the national territory.
Seica Automation, industrial automation system manufacturer.
Smarteam Technology, Distributes Seica products in China.
Quick Test Group, Taiwanese partner.
Canavisia, designs and manufactures products, applications, solutions and services for the acquisition and digitalization of data coming from machines, factories, buildings and cities. The Canavisia solutions enable the connection, monitoring and control of hardware and software resources with the goal of optimizing processes, maintenance and intelligent energy management over the web and from the Cloud, as well as analytics.