If you plan on attending the Semicon West show in San Francisco, CA this year, make sure you stop by the Seica booth – #1361! Seica USA is an exclusive distributor for Osai Automation Systems, as well as Microtest and CREA Semiconductor Test solutions. Seica has partnered up with all three of these exhibitors in one large booth, with an assortment of Semiconductor MEMS equipment on display! And, as the world leader in Flying Probe test technology, Seica is where customers look for leading-edge solutions.

In the spotlight – Seica’s Flying Probe Tester Pilot V8 Next >Series
The Flying Probe Tester Pilot V8 Next> series represents the latest frontier in flying probe test technology; it is the complete solution for those who want maximum performance: the highest test speed, low to medium volume testing, maximum test coverage and flexibility, for prototyping, manufacturing, or repairing any type of board. Its vertical architecture is the optimum solution for probing both sides of the UUT simultaneously. Seica’s Pilot V8 Next series can also be configured to test ceramic wafers and the most complicated probe/MLO boards produced in the world today. 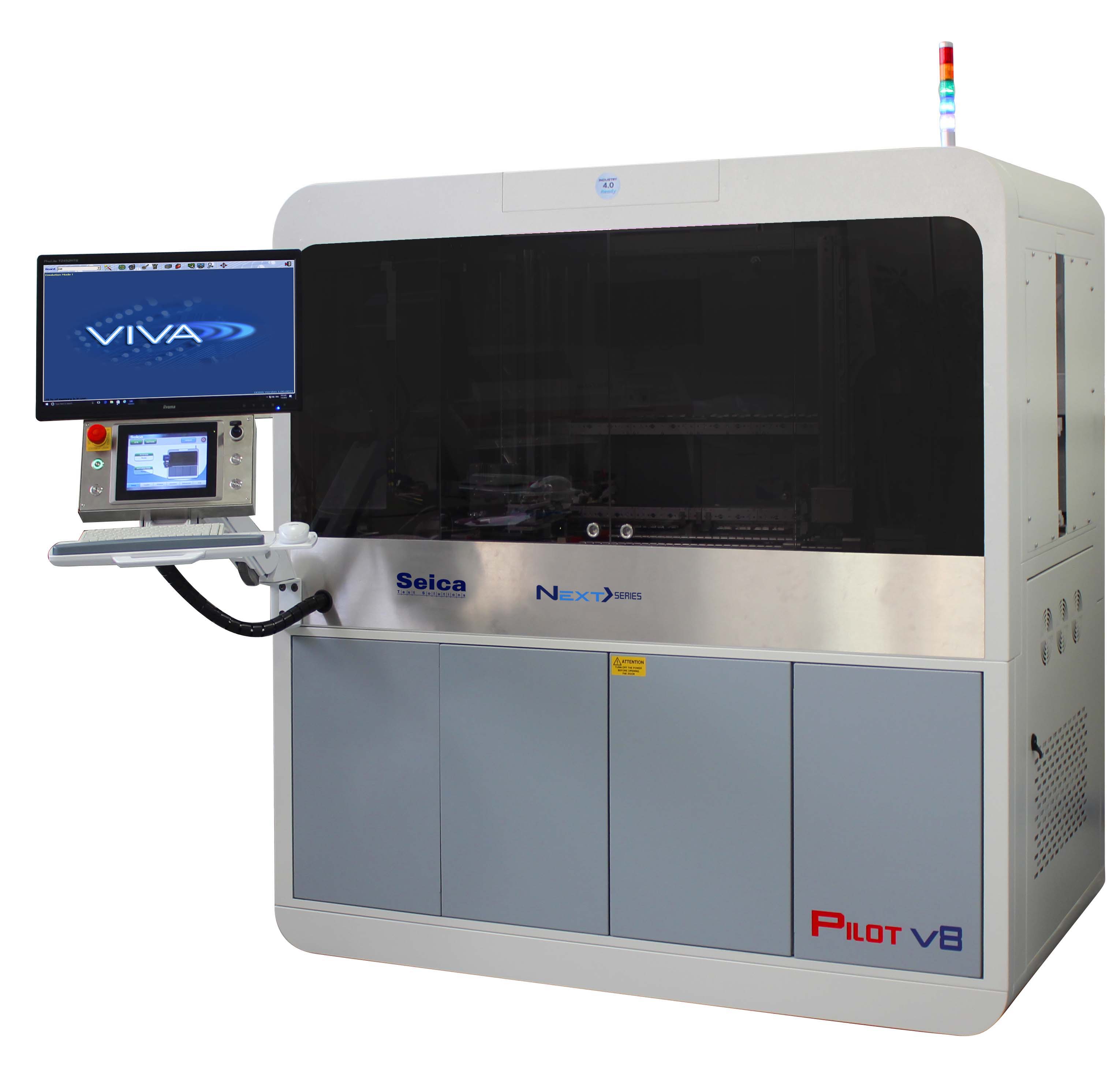 Entirely developed by OSAI, the Neo Handler can test several MEMS sensor types and geometries. If you are interested in high-throughput, parallel testing, MEMS testing, product validation, high-power testing or ways to automate all of these solutions, stop by for further details.

Neo T-LAB benchtop series is the OSAI’s ultimate lab test solution for MEMS sensors. With its compact size, the NEO T-LAB is the smallest laboratory equipment for product developments, characterization and validation. The possibility to re-use the test hardware (conversion kit) directly with the production test handler dramatically reduces the product’s development costs. Several configurations are available to support any MEMS needs, such as: Microphones, Pressure, Temperature (standard and automotive ranges), GAS and Humidity.

If you are interested in MEMS testing, product development and validation, stop by for further details.

SEMICON West is the premier annual event for the global microelectronics industry. After a fully digital edition in 2020, organized in response to the circumstances of the COVID-19 pandemic, SEMICON West 2021 will return to Moscone Convention Center between 7 – 9 December as a hybrid event.

Please stop by at our booth # 1361, David Sigillo, Vice President of Seica and his team are looking forward to welcoming you for a demo and to assist you in solving your most challenging test and automation requirements.

We use cookies for the functioning of the website and to keep track of how you interact with it, so that we can offer you a better and personalized experience. Use cookies only if you agree by clicking on "Accept all" or you can manage the preferences of individual cookies from the "Customize" section.
Privacy & Cookie Policy
Accept allReject allCustomize >

This site or the third-party tools integrated in it process personal data (eg navigation data, IP addresses) and make use of "Technical cookies" for the operation of our site and "analytical cookies" used by third parties to personalize content and advertisements. At any time it is possible to express or withdraw consent for the activation or deactivation of unnecessary cookies.
Necessary Always Enabled
Necessary cookies are absolutely essential for the website to function properly. These cookies ensure basic functionalities and security features of the website, anonymously.
Others
Other uncategorized cookies are those that are being analyzed and have not been classified into a category as yet.
Advertisement
Advertisement cookies are used to provide visitors with relevant ads and marketing campaigns. These cookies track visitors across websites and collect information to provide customized ads.
Analytics
Analytical cookies are used to understand how visitors interact with the website. These cookies help provide information on metrics the number of visitors, bounce rate, traffic source, etc.
Functional
Functional cookies help to perform certain functionalities like sharing the content of the website on social media platforms, collect feedbacks, and other third-party features.
Save & Accept
Powered by