To watch our webinar where we talk about Probe Card Test, please contact us at mktg@seica.com

The wafer fabrication is a sequential process that gradually creates the electronic circuit.
By simplifying, during the manufacturing process of silicon wafers, several integrated circuits are placed onto a semiconductor wafer. This wafer is then diced and packaged. Before the dicing is performed, the circuits need to be tested. This electrical test is carried out with the help of a probe card.

What is a Probe Card?

A Probe Card is basically an interface that provides electrical and mechanical contact between the device under test [DUT], which is the semiconductor wafer, and the test system electronics.

A Probe Card consists of the following elements:

The wafer test system is composed by different parts: 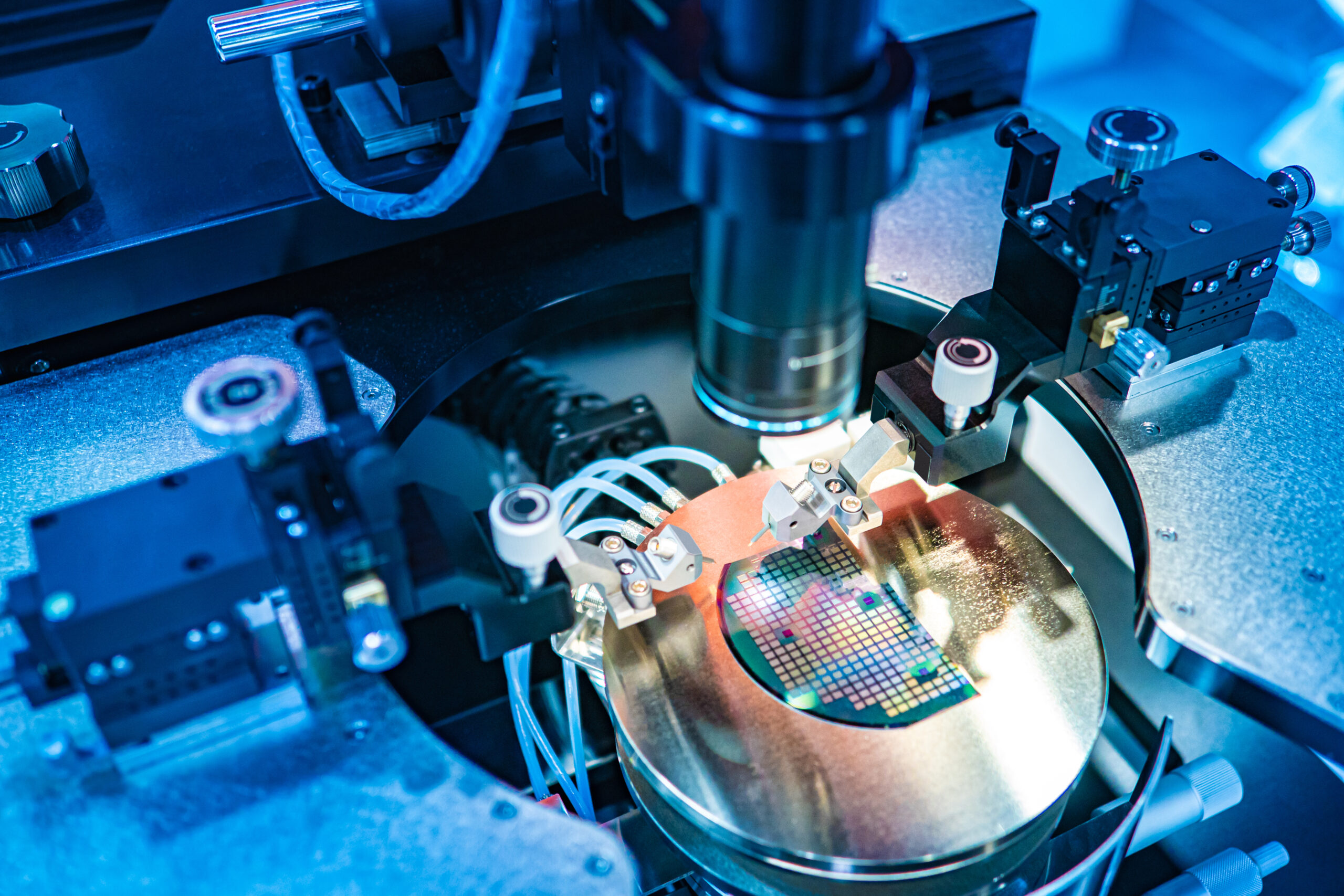 How probe cards are tested?

Until now, we have seen that the Probe Card is a part of the wafer test system, but it is mandatory to test it before integrating it into the wafer test system. Since the device I/O bandwidth and the power demands increase, it is necessary to meet the requirement for high performance power and signal delivery during the electrical test. These requirements drive the challenges for the test of the probe cards.
Thanks to many years of experience in testing probe cards, Seica has designed the PilotV8XL HR Next> series, which is the ONLY flying Probe that can offer a full turnkey solution for the Probe Card test.

The PilotV8XL HR Next> series brings together in a unique system three different tools to perform:

The main hardware characteristics of the Pilot V8 XL HR Next> series:

With any sensitive product to test it is mandatory to balance the probe contact force in order to not leave witness marks on the pads to be probed.
The best approach not to have any scratch and visible mark in the Die pads is to have a Z movement perpendicular to the MLO™. With this approach, the prober can guarantee the best touch possible without leave any marks or scrub.
Any other different angle in the movement of the Z axis will increase heavily the chance to leave a scratch on the Die pads.
When the probe card is fully assembled and the MLO™  is mounted on the PCB interface, the final ICCT test must be performed in order to Test the Integrity of each single connection between MLO™  and PCB interface itself.
The PilotV8 XL HR Next> series  will generate automatically the specific test taking into account the resistance of each single path that can be different from one to another. 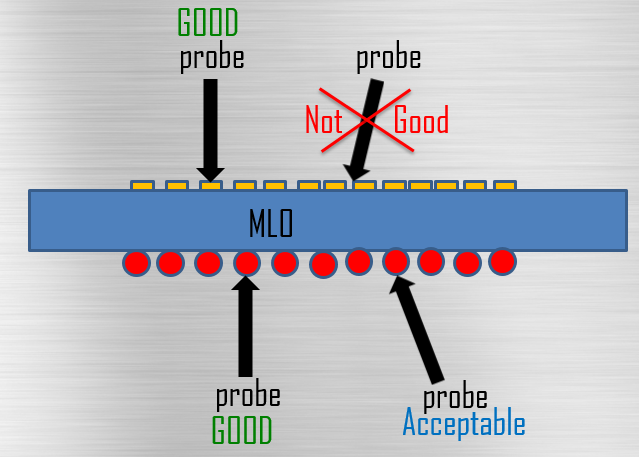 We use cookies for the functioning of the website and to keep track of how you interact with it, so that we can offer you a better and personalized experience. Use cookies only if you agree by clicking on "Accept all" or you can manage the preferences of individual cookies from the "Customize" section.
Privacy & Cookie Policy
Accept allReject allCustomize >

This site or the third-party tools integrated in it process personal data (eg navigation data, IP addresses) and make use of "Technical cookies" for the operation of our site and "analytical cookies" used by third parties to personalize content and advertisements. At any time it is possible to express or withdraw consent for the activation or deactivation of unnecessary cookies.
Necessary Always Enabled
Necessary cookies are absolutely essential for the website to function properly. These cookies ensure basic functionalities and security features of the website, anonymously.
Others
Other uncategorized cookies are those that are being analyzed and have not been classified into a category as yet.
Advertisement
Advertisement cookies are used to provide visitors with relevant ads and marketing campaigns. These cookies track visitors across websites and collect information to provide customized ads.
Analytics
Analytical cookies are used to understand how visitors interact with the website. These cookies help provide information on metrics the number of visitors, bounce rate, traffic source, etc.
Functional
Functional cookies help to perform certain functionalities like sharing the content of the website on social media platforms, collect feedbacks, and other third-party features.
Save & Accept
Powered by